Are you tired of going to the bowling alley and throwing a ball at some pins? We have a new idea for you. Axe throwing. Hear us out.

If you are familiar with darts and bowling, just imagine the two games combined…but include axes. Axe throwing can best be described as a mix of the two sports. For example, we have two lanes where people/teams compete against each other for the highest score (bowling) and targets that you throw axes at that look a bit like darts.

So, throw out that ball and pick up an axe! Have a large party wanting to plan an event with us? No problem! Click here to see how we can help put together the perfect event for you.

Experience for yourself what all the excitement about Craft Axe Throwing is all about today! 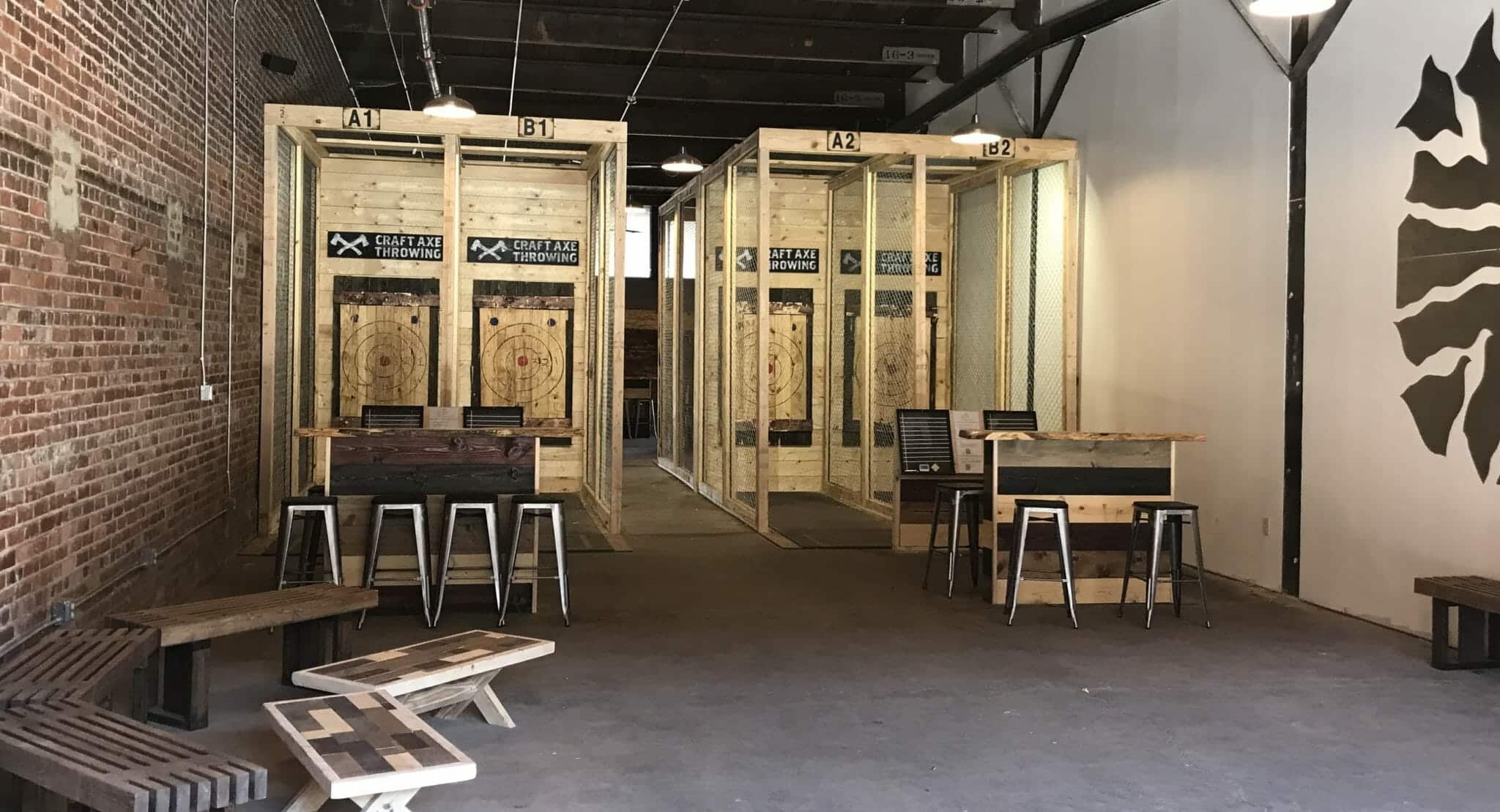