In a trend that has seen a 120% increase in the beer brewing workforce in less than a decade, despite declining consumption of alcohol, craft beer is taking on two behemoth companies, Anheuser-Busch InBev and MillerCoors, that own 90% of beer production in the US…and they’re winning. While these Goliath companies see year over year decline in sales and cut workers; craft beer production and distribution continues to grow it’s  fanbase, it’s workforce, and it’s sales.

Cities with the most craft breweries include Portland, Denver, San Diego, Seattle, and Los Angeles. The trend, however, is growing all over the US and abroad. In an unlikely pairing, these breweries often find a home for their unique beer selections on the shelves of another new, but equally popular, niche adventure; axe throwing bars. 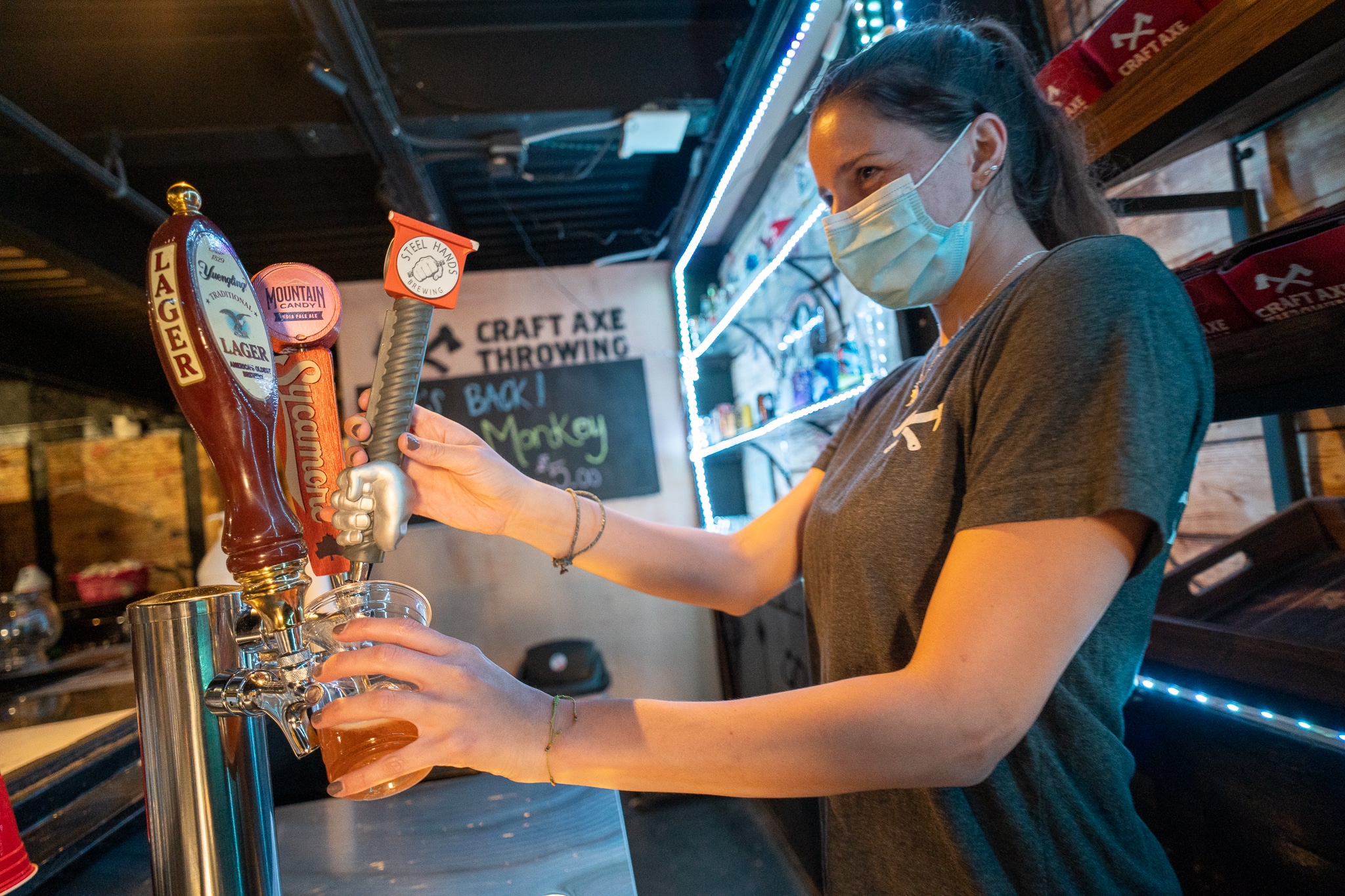 The urban sport of axe throwing was created in Toronto, Ontario Canada in 2006 when a group of friends, bored and with nothing better to do than throw some axes at wood, unwittingly started a new sport. It quickly grew from a homegrown group of friends and neighbors to a new, and eventually very profitable, business venture for the bunch. Fast forward 13 years and it’s now a worldwide phenomenon with leagues that feature on ESPN. The league (WATL) was formed in 2017 and has 19 nations that hold memberships so far.

For a sport born purely by accident, axe throwing has had an unexpected appeal to those that crave a bit of unconventional adventure. It’s easy to learn, is family friendly, and can be done competitively or as a leisure activity. While there are concerns from some that axes and beer is a recipe for disaster injuries are a rare occurrence. Unsurprisingly, a serious injury  would be bad for business; which makes safety a top priority for owners of axe throwing bars. Successful axe throwing businesses, such as Craft Axe Throwing, employ instructors to teach proper technique and provide safety instructions to guests before they’re ever handed an axe.

Now that you know a little about craft beer and axe throwing, put your search engine to good use and find your nearest axe throwing bar. Plan a surprise trip for you and someone you care about with a night out neither of you will soon forget!
PLAN YOUR VISIT