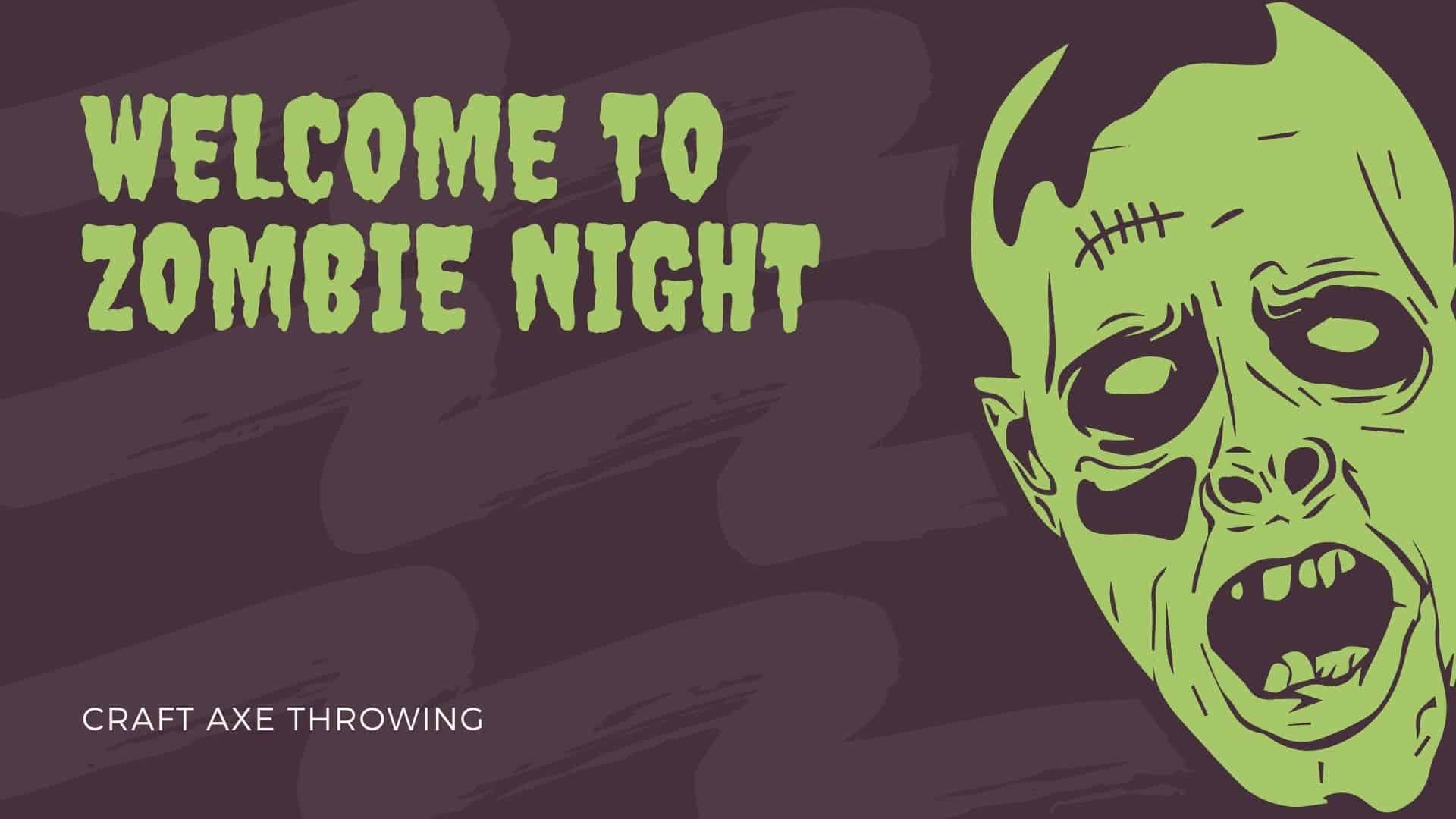 Welcome to Zombie Night at Craft Axe Throwing! You have arrived at the perfect time: zombies have taken over our store and we need YOUR help to get rid of the infected. We have a game listed below for you and your group to participate in. Good luck!

The theme of this game is that your group of humans is trying to survive a zombie apocalypse with only your trusty axes to help you defeat the shambling horde! Unfortunately one of your friends just happened to be Patient Zero, the undead that started it all. RulesDivide your group up into two separate teams.

Zombies: One person (Patient Zero).Humans: Everyone else in the group.

MatchesOne Zombie player (Patient Zero) will go up against a human player and throw one at a time. (humans first) A match can be as many throws as the judge would like. For large groups we suggest 2 or 3 throws, for small groups we would suggest 5 to 10 throws.

ScoringEvery time a Zombie player scores higher a Human player in total match points, that human player switches to the zombie team. Growing the horde one person at a time.If the human beats the zombie player, calculate how many points over the zombie, the human scored. That point total goes to the human side.

Win conditionZombies: If they convert all humans to zombies. 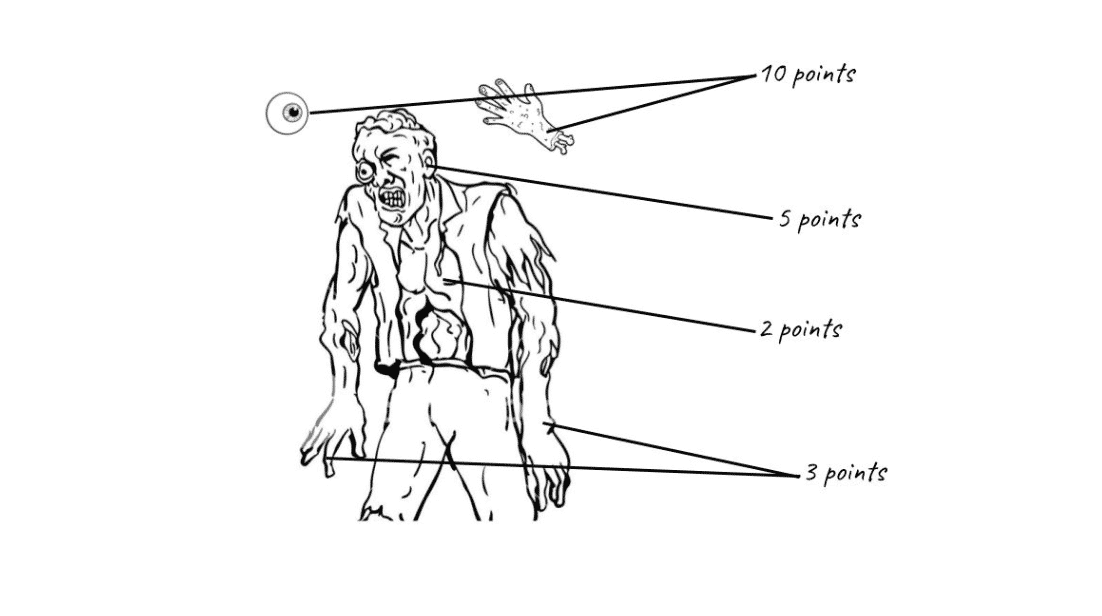